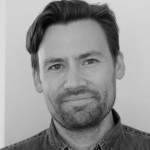 When mediating between two people, the main challenge is working with two narratives that don’t align.

Resolving conflict between two people is a challenge, often a pronounced one. So what happens when instead of two narratives you have twelve? How do you even start righting the ship with such complexity present?

Teams that aren’t working well together are often marked out by one of two things: resistance and hostility, or artificial harmony. Both are symptoms of the same essential dysfunction.

Patrick Lencioni in his (fantastic) book The Five Dysfunctions of the Team explains the phenomenon. He tells us that teams need to be able to have constructive disagreement. It’s not a ‘nice to have’; it’s a fundamental necessity for teamwork.

Constructive disagreement is different to conflict. Conflict is adversarial, factional, black and white. It’s focussing on who said something, not what they say. Minority voices are marginalised. Some things are undiscussable. Certain toxic topics are ‘undiscussable undiscussables’, where the mere mention of the topic itself is off the table.

Constructive disagreement is different. Great teams welcome dissent. It can be full blooded, and vocal, but it’s done with a whole team mentality. Everyone is involved, everyone can participate, irrespective of seniority or place in the team. Context, nuance and complexity is welcome. Diversity is embraced. All voices count.

So what’s the difference?

The answer is found in looking at what underpins a group’s ability (or otherwise) to have these types of constructive, difficult conversations: psychological safety.

Psychological Safety is a term coined by Harvard Professor Amy Edmonson, following her time with Google and extensive work with US neonatal teams. Her research indicated that there is a ‘canary in the coalmine’ for teams, the presence of which will determine the health of the team’s dynamic.

Teams in conflict will almost invariably lack psychological safety across the team. In order to begin to address this, and for teams to move away from destructive conflict and towards constructive disagreement, we need to work on this foundational layer and engage the group – across the whole group – in a conversation around trust.

Brene Brown, the Texan social scientist, describes trust as a word that is made real by action. It’s behavioural. So in order to improve levels of trust in a team, the team needs to identify the team behaviours that both grow, and erode, levels of trust. On the back of this discussion a new future can be born.

The real question is whether a team wants to behave differently. For some, the status quo may work perfectly well. Sometimes the discomfort has been normalised; better the devil they know. For some, rocking the boat in pursuit of the possibility of a better alternative is too much of a risk.

It comes down to the motivation of the team at large; is the pain that the team is suffering a sufficient motivator to bring about change? Or is the promise of a new dawn attractive enough?

Ultimately, only the team can decide.

Our team facilitation supports clinical teams by creating a constructive, confidential and safe space to talk about what matters most to them as individuals and as members of a team. We can help your team through a process tailored to your teams specific needs, blending 1-2-1 interventions with facilitated team meetings.

Get in touch to discuss how this could work for your team.